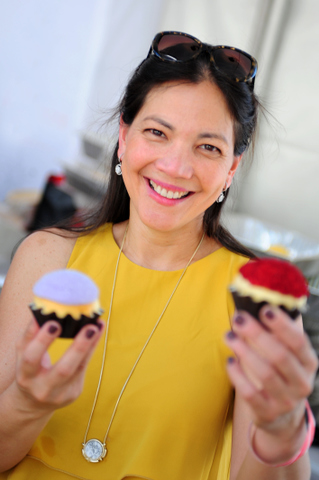 Chari settled in California with her husband and CIA chef, Ramon, raising four children.  Despite an active teaching career, Chari’s passion to bake still called.  She decided to take on the challenge of adding ensaymadas to her repertoire of baked goods. The ensaymada was a special treat that Chari’s mom had made exclusively for family Christmas dinners.  It involved a tedious ten-hour process, so the few dozen produced were savory treasures.

The current, commercially sold ensaymadas do not do justice to the true, centuries-old pastry. After years of tweaking various flavors while staying true to her mother's recipe, Chari’s ensaymadas are now available to all through Ensaymada Project. In the words of a seasoned customer: “It is what a Filipino ensaymada truly should be.”

Create an account with us and you'll be able to: